At NVIDIA Editors’ Day for the RTX 40 series yesterday, the company showed off the RTX 4090 graphics card in a short gameplay demo. Wccftechwho participated in this press conference, published screenshots and videos of what was shown.

NVIDIA doesn’t leave any details behind. After announcing the new RTX 40 “Ada” series, the company is revealing new details. The gameplay show that was shown yesterday to a closed group of journalists is not prohibited, which means that NVIDIA intended to release this information as soon as possible.

In the Cyberpunk 2077 DLSS3 demo, an RTX 4090 GPU was shown with GPU benchmarks displayed on screen. Interestingly, the OSD also shows the GPU clock speed, which is NVIDIA’s first acceptance of the ‘physical’ clock for the RTX 4090 GPU. It is already higher than the ‘official’ boost clock. The card has been shown to operate with a GPU clock of 2800 – 2850MHz, which is about 300MHz higher than the official boost specification (2520MHz). 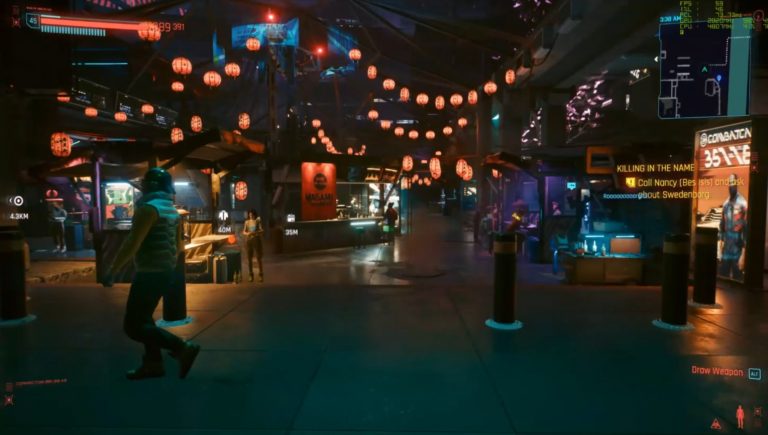 The NVIDIA CEO was hinting that the RTX 4090 had already been seen running 3.0GHz clocks during internal overclocking tests, but we haven’t yet seen if that’s true. However, if the clock speed is indeed 2.85GHz with stock settings, the CEO’s claims probably wouldn’t be far from the truth.

Furthermore, the demo featured Cyberpunk 2077 at 1440p resolution with NVIDIA’s latest DLSS3 upgrade technology. This game is among 35 games mentioned by NVIDIA that will receive a patch with DLSS3 support. This technology not only boosts frame rate from 60 to 171 fps, but also reduces GPU power by more than 100W:

These are indeed very impressive results, but it may be too early to consider this technology a win. Reviewers will have a chance to verify these claims very soon, as NVIDIA ships samples next week.